For young people, the sexual content that they produce on social media seems to influence their sexual behavior and sexual self-image, but not their stereotypical sexual attitudes. This is one of the findings from Annemarie van Oosten's doctoral research. van Oosten will defend her PhD on Tuesday, February 10th at the University of Amsterdam.

The current media climate is highly sexualized. Images that were considered pornographic are now part of mainstream television, and pornographic content has become widely accessible on the internet. This has led to societal concerns that young viewers encounter content on television and the internet that they are not able to put in perspective. To determine whether such concerns are founded, Annemarie van Oosten investigated how young people respond to sexual content. She investigated both professionally produced (explicit) sexual content as well as the sexual content produced by adolescents themselves on social network sites. She paid particular attention to whether individual differences (e.g., pre-existing sexual dispositions, hypergendered orientation, impersonal sex orientation) influenced outcomes.

Based on longitudinal data from teens aged 13-17, van Oosten found that sexual content generated by adolescents themselves (e.g., “the sexy selfie”) on social network sites does not necessarily have the same influence on adolescents as more traditional sexual media content. For instance, exposure to sexy online self-presentations of others does not reinforce the sexual stereotypical notions about sex that are often portrayed in the mainstream media. At the same time, self-generated sexual content on social network sites does seem to reinforce the idea that sex is an important part of adolescent life. 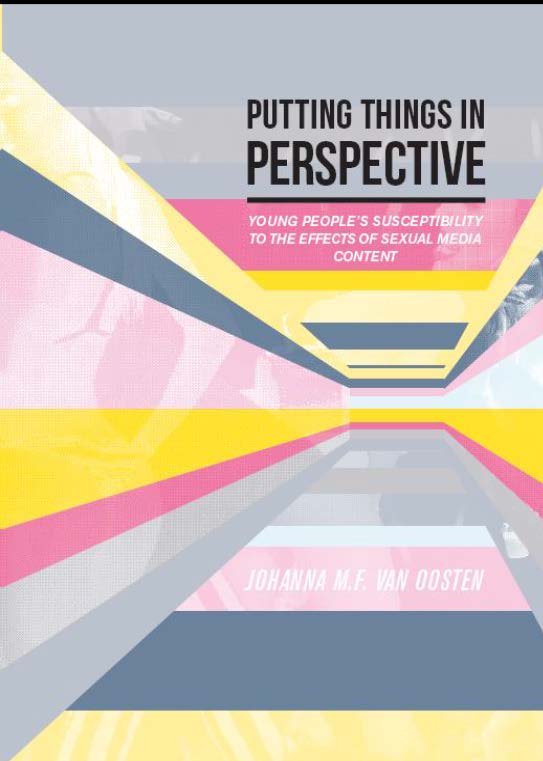 In both longitudinal and experimental work, van Oosten also found that differences in hypergendered orientation (i.e., the adherence to traditional and stereotypical notions of how men and women should behave when it comes to sex and relationships) are important in determining the way young people, and especially girls, respond to sexual content and their ability to put such content in perspective.

Overall, the results of van Oosten’s research provides new insights on the effects of sexual media content and contributes to answering the question of whether, how, and for which adolescents such content has an effect.

The PhD defense ceremony will take place on Tuesday, February 10, at 14:00 at the Agnietenkapel (Oudezijds Voorburgwal 229-231, Amsterdam.)

Copyright © 2019 Center for research on Children, Adolescents and the Media.
CcaM is part of the Amsterdam School of Communication Research (ASCoR)